I’ve got two devices active and running (one Arduino Mega and one ESP32). However if I try to manually add a Virtual channel, the ESP32 device does not appear in the Select Device drop down list. Only the Arduino Mega is shown. Does anyone know why this would happen?

did you try to “bring your own device” : 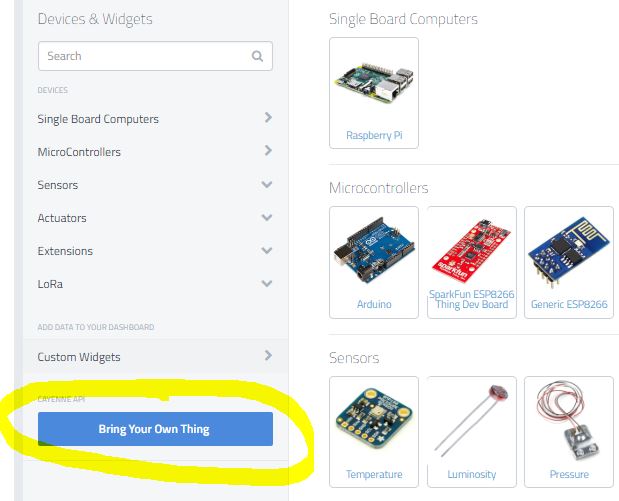 I already have two active devices 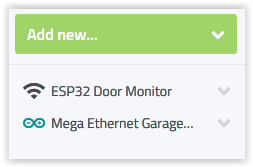 and want to add a widget to the ESP32 Door Monitor, but it is not visible in the Select Devices 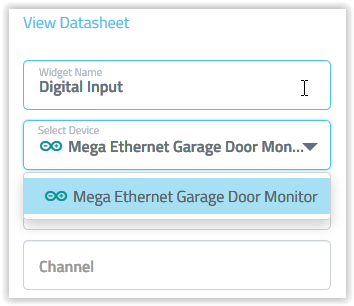 As you can see, only the Arduino Mega board is visible, so I can’t add a widget to the ESP device

You made this to add a Button for example ? :

Looks like a bug, did you try custom widget as @SuperNinja suggested? Tagging @eptak

@brianhight.is this is because when a device is added using other then Arduino we have to use the custom widget. try what @SuperNinja suggested.

to add a relay switch for your ESP32 do this:
add a custom widget button with channel 5 and add this below code

Yep, can do. I understand that I can configure the customer button widget to drive the relay contact. However, I think there is a bug because I would expect to see all my devices in the Device list for any sensor or actuator.

yes there is a bug and have informed the team.

You guys are great.