We feel you, this is high priority item for us after we release our MQTT API!

By the way, if you guys have Arduino you can use Cayenne and DHT11.

after we release our MQTT API

I’m certainly waiting, with a worm on my tongue…

All fine and good but the ethernet shield for the Arduino costs more than the entire RPi which includes ethernet. 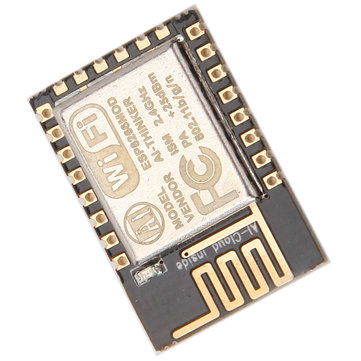 WiFi is not the same as ethernet. It is difficult to connect small devices to the WPA-Enterprise WiFi networks at most universities.

It’s not officially supported, although @kreggly made a post guessing which libraries are required to make it work. I thought I added one to my amazon order last week but must not have made it in. I’ll get one ordered today and hopefully give it a try this week.

Benny, I got the DHT22 and Arduino working perfectly now! I think I fully understand the issue of virtual pins you were talking about yesterday. I’m going to play with triggers and then move on to the sensors!
Thanks again!
Lance

Glad to hear it, please feel free to make a new thread if you have questions or need help with any of those, or anything related to Cayenne. You can always message me as well.

About This Project This Project will check Temperature, Humidity, and Heat Index using an ESP-12f and a DHT11 sensor and will run on 2 AAA batteries (or whatever your 3/3.3v battery preference may be). During transmission the ESP draws around 72mA on average and during sleep it draws 0.05mA. I’m not sure how to calculate how long that will last, but updating only every 10 minutes it should last for quite some time! The Arduino sketch is below and requires the DHT sensor library by Adafruit v…

Benny, the triggers are working and the notifications to email and the phone work. Since I have an Apple watch, the notications show up there too! I’m going to try and set up the Raspberry Pi Zero to work with the Arduino and triggers.
I’ll let you know how that works.
-Lance

working perfectly now! I think I fully understand the issue of virtual pins you were talking about yesterday. I’m going to play with triggers and then m

how did you make arduino and DHT22 to work? im figuring it out but cant do it

can you link me code? or something

@micho111 here is a link to some code that @Ian used to get his dht11 online and working.

Thanks Benny! Throw me under the bus

. Here’s the bottom line up front- When it comes to code, I know just enough to be dangerous! This is a conglomeration of the Adafruit DHT and Cayenne code. I’m sure there is a better or more correct way to do it, regardless here it is- DHT_Cay.txt (3.2 KB) YMMV, -Ian

Once you get going, don’t forget about our project submission contest going on right now!

Hello Cayenne Community! For the months of September and October, we want to see the projects you are making with Cayenne! If you’ve used Cayenne before, then you know how easy it is to create projects. And if you’re new to Cayenne, then start making because you can easily create a project in less than hour! The rules are simple, and there is a prize

for everyone who submits a project! Grand Prize $200 - The Cayenne team will vote on their favorite project for the month of Septemb…

Woohoo! Look at you go!

As always, keep us all updated with your progress and reach out if you need help with anything. There are guys on the Cayenne community ready to help out. (And much smarter than me

Benny, if I wanted to send one of the community members code to a project, how do I do it?
I tried to copy and paste the code into a reply to his message and it showed up in a couple of different fonts and random parts of the code were gone.

You can highlight it all and click the pre-formatted text button at the top of the box. It looks like </>

I’m also looking forward to the dht support. Have been using a pi for 3 years with mrtg and thingspeak with several dht22’s and just came across and immediately installed cayenne!
Jon Q

As I am new to the all stuff, based on your experiences, do you think that with Arduino, Cayenne and DHT_Cay.txt code can I hang several (multiple) DHT22 sensors and make a viable automation project? I need several DHT sensors in the project.
Bestes, pls add me on the list.
thanks

There are 2 options now. You can use Arduino and make custom code to send the values to the dashboard (scroll up for that) or you can also now do it with the Pi using MQTT. http://www.cayenne-mydevices.com/docs/#bring-your-own-thing-api