I would like to be able to run a shell command as an action, is that possible? Are there any plans to implement this?

Most definitely there are plans to implement this.

We discussed a little bit in this thread:

I have no idea how we could implement it in Cayenne by patch. Essentially you only need the option to run a python function instead of triggering a output, and handle the callback. But I think the UI does not run on the RPi but on Cayenne-Server, so I see no way of fiddling with it.

Anything to add? We’re working on this now so this would be great time to offer any input

I would like if there was an extension you could add, and name, and tell it the shell command on the pi itself (just give it a string to execute) like a perl system() call or os.system() call in python. My two cents. We would assume the command was successful, and could redirect the output to a file on the pi for debugging. It would be great to just pass the command to a shell on the pi and forget it.

Would add to this idea that a trigger (one shot or leading edge or state change ) causes execution or calls that bit of shell or python… Once. 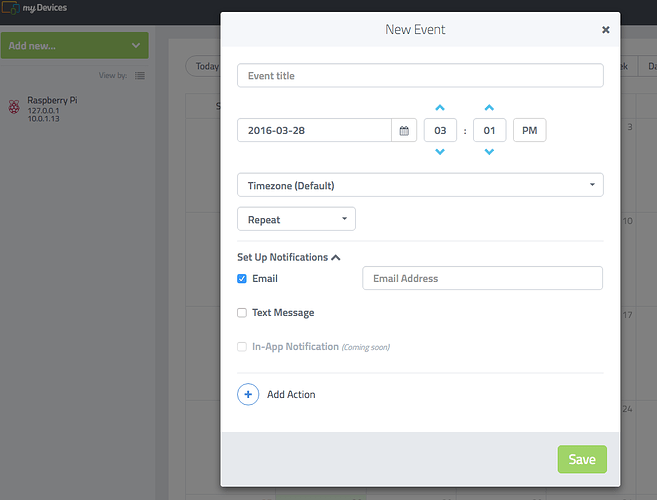 Well once you get the shell / py options etc just about anything is possible I guess. Twitter as well since there are things like TwyThon. Simple access to shell etc hands over neatly those that can get creative. Anything that catches on big time can be bought into the fold with a widget as a new feature.
~ Andrew