Hello,
I have created kind of smart irrigation system with Arduino Mega and sensors like described in high level schema picture attached. 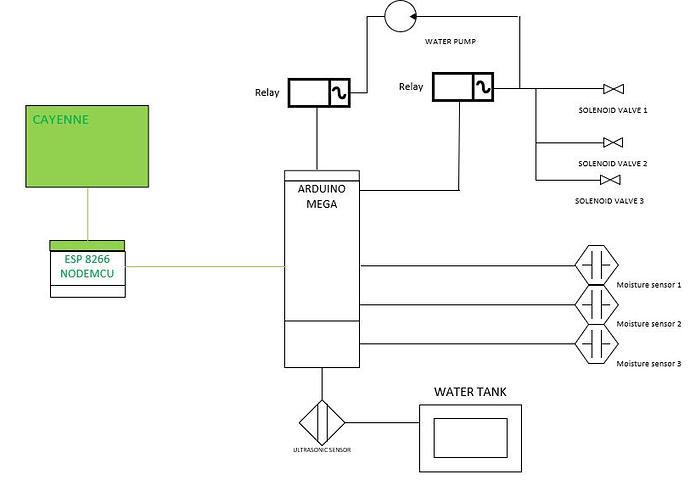 Does anyone has experience with:

Many thanks.
Br,
Petar.
P.S. If someone is interested for already working part of project I am glad to share it.

Thx Shramik for your response.

Maybe I did not explain very well, but due to so many sensors and relay outputs, I need to have Arduino Mega 2560 connected.

So my idea would be to have next (as explained in picture in my initial post):

Do you have exampe for this configuration?

thx. Will try to figure out.