Any way to get a timed button?

Thanks for your Input John, all great. I didn’t think from the perspective of adding a ‘timer’ as a device itself to trigger off of.

For custom device drivers, I would like to see a Python API that could be used on the RasPi side to communicate with a “User Device” Cayenne widget

@eptak and I to talk about this.

For custom widgets, having a JavaScript API to access data and a user accessible frame or div in the widget where HTML/JS could be inserted would be great.

@rsmith and I to talk about this.

Yep, that’s what we’re trying to do. It really helps to have an involved community too, so thank you for taking the time to clearly explain your thoughts.

I agree a ‘most common’ features self menu driven type gadget within the dashboard is going to be best for most people.
~ Andrew

I have a need where a valve needs 120 seconds to open, so if I could send the GPIO ON HIGH for 120 seconds it would open the valve 100%, then another GPIO ON HIGH for 120 Seconds would close it. (Floating Point) Clockwise one direction, Counter Clockwise on the other. This way I avoid Analog Out and still stay with the Digital Outputs on the GPIO pins. No AO’s needed. What you are showing in the screen shot looks like it would accomplish this task well.

My development case is a controller for a pellet bbq, and at startup, you want to turn on the ignitor for 10 minutes, then turn it off. Alternatively, it could be made more intelligent by saying, stay on for 10 minutes or until say an ambient temperature of 200F is reached.

Then this begs another ask, if 200F is not reached in 10 minutes, raise an alarm, as the ignitor may be fried, etc.

That would be a hihi alarm with a severity 8, in the pipeline world… although I often get it up that high for Neapolitan style pizza.

hihi alarm with a severity 8

You may have heard we had a little snow here in Colorado yesterday, lost power to all of our pump stations. Our IIoT generated several hundred alarms throughout the day.

It was a truly craptastic day.

That’s a lot of snow! It’s been a pretty dry year up in Edmonton. Fortunately this time tomorrow I’ll be on a beach in Mazatlan

Sounds like you need more redundancy, but granted, nobody expects the snowstorm from hell.

@bestes maybe we need a secret trigger where if more than X alarms generated, we get an email that says, CALL IN SICK.

It’s a though time to be a asking for money, besides all of our customers had to shut in also, so in the end we didn’t get docked for any down time.

Benny has a photo of me from yesterday,(I like to remind him of how sucky his indoor job is) maybe he will share it since I can’t figure out how to post pix with my phone (I’m not good with technology ). 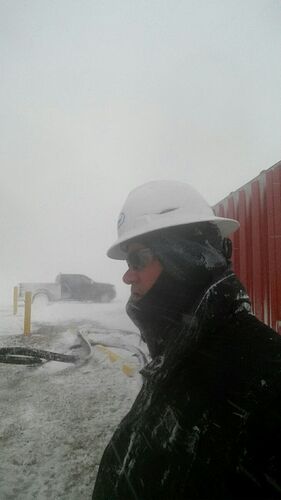 Man, you’ve got big snakes up there in Colorado. I mean we get the odd bull snake, but that’s an anaconda!

Oh yeah, and you’ve got a little snow. That’s what that 4x4 is for

I would like if there was an extension you could add, and name, and tell it the shell command on the pi itself (just give it a string to execute) like a perl system() call or os.system() call in python. My two cents. We would assume the command was successful, and could redirect the output to a file on the pi for debugging. It would be great to just pass the command to a shell on the pi and forget it.

Agree, and as mentioned already… look forward to a shell call and guess this alone would be a clean interface to calling up our own custom potion or magic spell in the Pi. Recommend that triggers be allowed to activate these scripts as well.
~ Andrew

I think it would still be nice to have maybe a log widget that hides in the background. Then when you are issuing shell commands and it wasn’t successful, you get a little indicator to unhide the log and see what is going on.

Hi, another use case for a ‘pulse’ output is to toggle a garage door opener. This is typically press and release so the pulse would be 1-2 seconds. So this use case backs up the seconds/minutes/hours option nicely! Cheers

Is there any news on this?

Need to get Arduino integration out the door, then there is a whole back log of features (like this one) that have been designed and are ready to be developed. So, this will get done, it’s just a matter of time. I would say best case is end of the month.

Nice, thank you for the reply. I will check again at the end of the month and see if I’m lucky!