RPi1 b+ Wheezy to Stretch

I have existing project working fine on my RPi1 B+(wheezy). I would like to do new clean install of Stretch on new SD card. What will hapend with my existing dashboard? Is it possible to get my dashboard without recreating dashborad from begining… ??? BR

Sometimes it will just worked based on how IDs are generated, but if not on the old install run cat /etc/myDevices/AppSettings.ini to get your invite code download and install with that invite code.

(x’s being the invite code)

Thank you @adam.
I really appreciate the support.

I did clean install of Stretch on my Rpi1 b+ and everything sims to be OK. Afer cayenne instalation Rpi started acting strange. Rpi Shutdown time incrised from 12s to 100s…, webiopi server is not reachable…, dashboard working-but with very slow response (ex. GPIO on=13s/off=13s)… Any idea where to start solving issue… 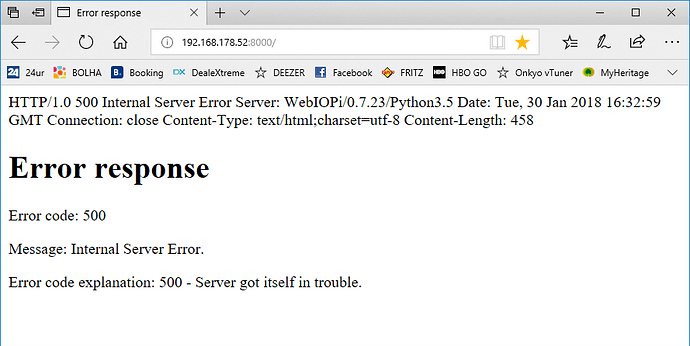 Unfortunately the speed is to be expected with a Pi 1, it just doesn’t have the processing power to run like the Pi 3 does. As far as WebIOPi, I don’t think it is accessible in the latest Cayenne agent, is that right @rsiegel @bestes?

Can anybody confirm that webiopi is not accessible after installing latest Cayenne agent…???

EDIT1: @adam Just noticed that my two installed Rpi have the same Agent Version (1.0.0.20838), but still one of them can access webiopi…, other not… Looks like is not depend on Agent version…

Most likely your other Pi had the agent installed when WebIOPi was included and it wasn’t removed as part of the upgrade. What are you using WebIOPi for?

I am not using WebIOPi at all. The main reason to investigate all this is noaticibly increased shutdown time of my RPI (from 12 seconds to 100 seconds). I did a lot of testing what is actually the reason for this big change in shutdown time. I found out that the reason is definitely installation of cayenne. I moved SD card from Rpi1b+ on to the other Rpi2 but shutdown time did not change (despite of better HW).
I have to mentione that my old configuration was weezy with installed cayenne and everything was working well. After the new installation of Stretch shutdown time was unchanged…, but after the installation of cayenne the mentioned problems occured.
When i start shutdown command (sudo shutdown -h now) the system hang on for 90seconds… on the point “Reached target shutdown”. 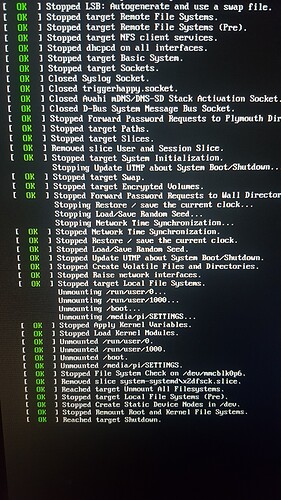 Looks like this problem could be literally anything. Have you run sudo apt-get update && sudo apt-get upgrade yet? Personally I’d get a brand new SD card, install stretch again, update it, then install Cayenne and see if you get the same behavior.

3.Then i took other RPi2 & otherSD and I repeated all the steps above… same results…

realy frustrating, don’t now what else to do…

I think I have a pi 2 laying around somewhere…I’ll have to dig it out and give it a try and see what happens.

You should wipe WebIOPi from the SD card and then install Cayenne on a clean SD Card.

…yes i mentioned above that i use fresh SD card and all SW instalations (stretch, cayenne) are the latest version…

@bestes I have followed his steps and can recreate the issue. I have not had a chance to dig deeper in to the problem but it is definitely related to installing the Pi Agent.

@bestes Is there something new regarding above issue…

I was using an older version of Stretch and was working…though I never did the apt-get update / upgrade… I’m downloading the latest and will try this out soon.